Paeonia lactiflora "Sarah Bernhardt". A profusion of different shades of pink, highlighted with crimson touched petals in the centre of the full double flower.

It is the most sold cut flower peony, and named after the famous actress Sarah Bernhardt (1844 - 1923). Celebrated on both sides of the Atlantic for her role as Marguerite in La Dame aux Camelias, and as Cordelia in King Lear. 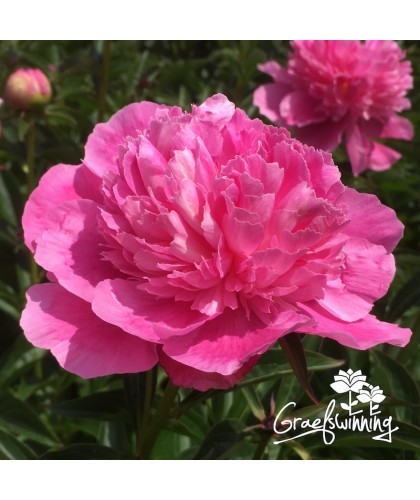